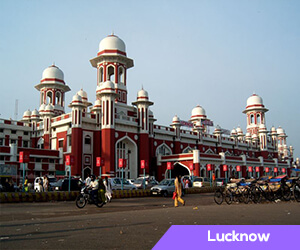 No or limited access to social media seems to be the secret to scoring high marks for city kids.

The class X and XII results declared on Friday revealed that toppers kept away from social media so as to not lose focus while appearing for examinations. Besides, most of them relied on self study.

Shikha Tiwari, a student of CMS Kanpur Road, said, “I had a lot of peer pressure to join social media but I knew that there are a lot of distractions so I decided not to listen to any of my friends.”

“I stopped using WhatsApp in class XI and deactivated my Facebook profile a few months before the boards and I feel it really helped,” said Prakhar Lohumi, who scored 98.75% in class XII.
Many others, meanwhile, deactivated their Facebook and WhatsApp accounts and uninstalled other apps during exams. There are even some who are yet to get introduced to the web. The majority of toppers also felt that going to coaching classes was a waste of time, and that preparing on their own was the key to success.
“I guess coaching classes just add to the burden. I made it a point to learn everything that was taught in school on that very day even if it required sitting at the study desk for 10-12 hours,” said Manan Agarwal, who achieved rank 1 all over state by scoring 99% in class XII.
Toppers Ankur Verma and Himani Rathore had a different way of preparing. “We read the lesson twice and then wrote down what we learnt. There was no scope of losing out,” said the two.

Despite a call for withdrawal by experts, Facebook has decided to expand the reach of Messenger Kids by introducing the video calling and messaging app designed for children under 13 to families in Canada and Peru. The Messenger Kids app was launched in the US last year. Facebook on Friday said it will also introduce Spanish and French versions of the […]

Facebook has become an important news source for close to half of American adults, a study showed Thursday amid increased scrutiny over the social network’s gateway role. The Pew Research Center survey showed 62 percent of US adults get news on social media, and 18 percent do so often. That shows a growing role for […]

Facebook is taking its Safety Check feature beyond the ability to just mark yourself and others as safe with a new addition called Community Help, which started rolling out Wednesday. Facebook first announced Community Help in November at the company’s Social Good Forum.s during a crisis. This can be food, a place to sleep, baby […]