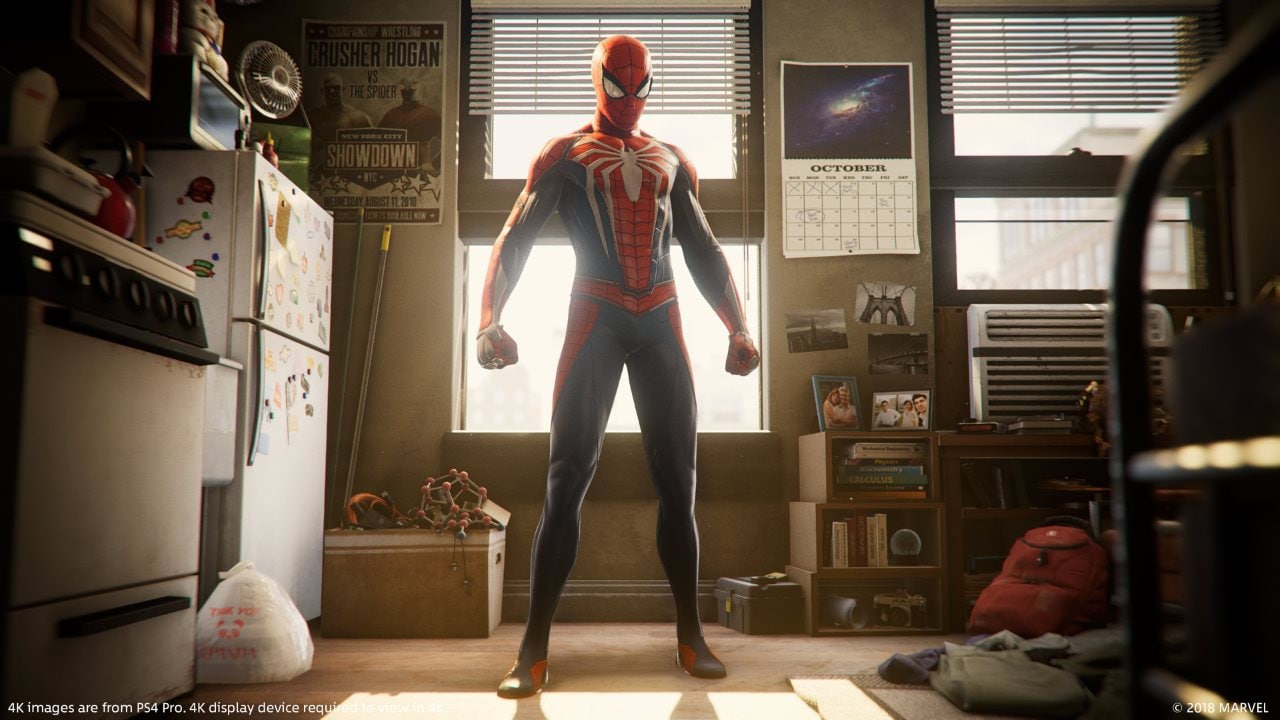 Insomniac Games has revealed the average length of its upcoming Marvel’s Spider-Man game on PS4, putting it at 20 hours long.

Responding to a fan query about game length on Sunday, Insomniac Games community director James Stevenson said on Twitter: “Our average play tester took around 20 hours on default difficulty, but some spent a lot longer if they did a ton of side quests / activities.”

Stevenson also gave fans an idea of the download size of Spider-Man PS4, noting it will be minimum 45GB and “probably a bit more + patch and stuff”. He said he “will try to have an answer on that soon”.

In another tweet, he reiterated that the game would have no micro-transactions. Instead, there will be paid downloadable content (DLC) that will expand on the story and include new missions, challenges, and suits.

Speaking of the story, Insomniac worked with writer Christos Gage for three years, Stevenson noted. Gage is best known for Daredevil season 1 and Law & Order: Special Victims Unit in the TV landscape and has worked on both The Amazing Spider-Man and The Superior Spider-Man in the comic book world.

Lastly, Insomniac will introduce accessibility options – present in other games such as God of War – to Spider-Man as part of a day-one update, Stevenson said, with more details shared closer to release.

The PUBG Vikendi snow map is now live in PUBG PC PTS or Public Test Server as it is known. What this means is, if you bought PUBG on PC, you can check out Vikendi before its available in the main game. While no date has been given for Vikendi for PUBG Xbox One and […]

Halo Infinite Is ‘Halo 6’, the ‘Next Chapter’ in the Life of Master Chief

Halo Infinite is “Halo 6”, a writer working for developer 343 Industries has confirmed. During a recent Halo 5: Guardians livestream on Microsoft-owned Mixer, 343 Industries writer and producer Jeff Easterling said: “It is Halo 6. You should just consider it Halo 6. Don’t think of it as a weird prequel kind of thing. It’s the next story. […]

The Epic Games Store is now live. Announced earlier in the week, it’s the Fortnite creator’s attempt at taking the world’s biggest PC digital storefront Steam head on. At the moment the offerings are sparse, ranging from indie fare like Supergiant Games’ Hades to Epic Games’ own titles like Unreal Tournament (for which its halted […]