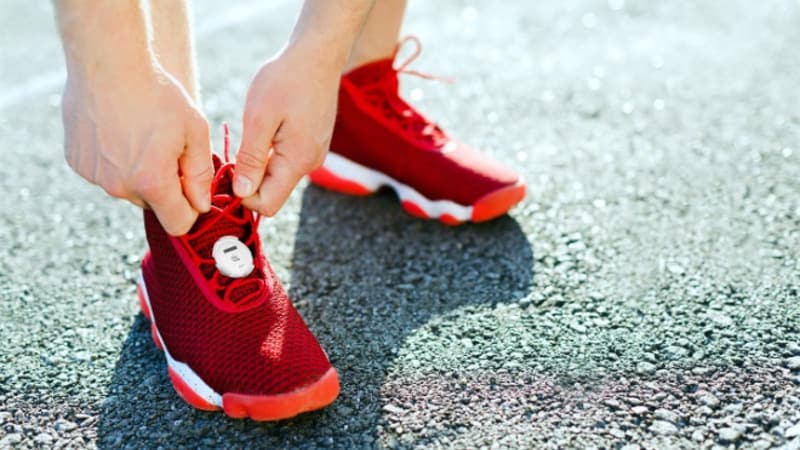 Goqii, a fitness wearables company whose biggest market is India, has launched a new fitness wearable called Stride. The Goqii Stride is a step tracker that can be worn on your shoes and it costs Rs. 1,199. It will be available exclusively on Flipkart during the Big Billion Day Sale from Wednesday, October 10 onwards. Goqii says the Stride is waterproof and has a battery life of 180 days. The Goqii Stride will be available in four colours — Red, Blue, White, and Black. This wearable is compatible with Android and iOS, and it will connect to both platforms via Bluetooth. However, it’s to be noted that Goqii isn’t really a fitness wearables brand, even though it sells activity trackers to be worn on the wrist and now, shoes.

Goqii’s business revolves around a coaching subscription service. The Goqii Stride comes with a three-month coaching plan that connects you with a fitness trainer who also offers nutrition advice. Of late Goqii has also added a healthcare layer to its service, where people can buy health insurance and consult doctors via its service.

The company has recently also been doubling down on its hardware lineup. The company launched Goqii Vital, an activity tracker with heart rate tracking and blood pressure monitoring capabilities, in July. Prior to that, Goqii announced a family subscription plan for those who want to manage their family’s healthcare data under one Goqii account.

While the Goqii Stride is intended to be worn with your shoes, it’s apparent that this approach has a couple of disadvantages. If you’re in the habit of wearing different shoes for different use cases, you might forget to put the tracker on your current pair of shoes. Secondly, you could switch to footwear where an activity tracker would look gaudy. The Stride faces stiff competition from the Mi Band HRX Edition, which costs just Rs. 999, and has all the features of the Goqii Stride, barring the subscription plan for fitness.

How many units of alcohol do you drink each week? It’s a question most people stumble over. It’s not easy to monitor alcohol intake. So often a doctor asks and the patient tries to quickly calculate the recommended weekly units, before settling on a slightly lower figure. It’s an issue too for those who want […]

HTC on Tuesday announced that it is opening up its Viveport VR-centric app store and subscription service to Oculus Rift users, which means that users of the Oculus Rift will now be able to install and play games that were meant for the HTC Vive on their VR headset. As we mentioned, Oculus Rift users are also eligible to become Viveport Subscriber […]

There are a lot of good reasons to believe this watch that uses flowing liquid mercury to show the time is fake. A low-quality video, a questionable website, and product shots that look like photocopies of photocopies. But that doesn’t stop us from wanting a watch that looks like the T-1000 strapped to your wrist. […]