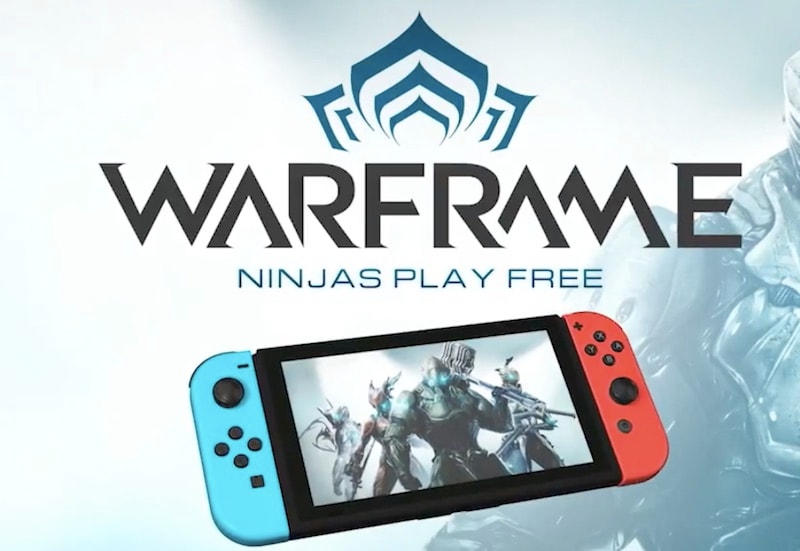 We took Warframe on the Nintendo Switch for a short spin and were surprised at how well-optimised it is on the console, maintaining a smooth frame rate even in busy sections of play at least in our brief time with the game. Sadly, there’s no Warframe cross-platform play yet, though those who have been playing the game on PC can carry over their progress to the Nintendo Switch.

Warframe is a third-person shooter that lets you master the titular Warframe armour as Tenno, a race of ancient warriors brought back from centuries of cryo-sleep by a guide known as Lotus. There are over 35 different Warframes to choose from, a wealth of customisation options, and upgrades galore. The game also features the ability to join clans and have pets. The game first released in 2013 and has seen a ton of updates since including open-world areas like the Plains of Eidolon and the recently released Fortuna.

At X018, it was announced that Warframe on the Xbox One would get keyboard and mouse support.

Keyboard and mouse support won’t be enabled by default for Xbox One games and will instead be “added on a title-by-title basis, entirely at developers’ discretion”, Microsoft noted when it announced the feature back in September. It further added: “Each development team knows their titles best and we support them in creating the right experience for their games as they see fit, to ensure an optimal and fair gaming experience.”

FIFA 19: How Players are Rated

With FIFA 19 for the PS4, Xbox One, Nintendo Switch, PC, PS3, and Xbox 360 available from September 25, it’s only natural that with just two months to go, speculation is rife on what ratings players receive in the game. FIFA 19 player ratings are a subject of speculation for many a hardcore FIFA fan and the process […]

Daniel Craig’s time as James Bond is over. There’s been no official word that his stint as 007 is finished, but with each passing day it’s looking less and less like he’s going to continue. After apparently saying no to a huge pile of cash for two more movies, Craig’s vacated spot as the suavest […]

Red Dead Redemption 2’s online mode, Red Dead Online, has received a major update to its battle royale mode. Red Dead Online, which is currently in beta, now has a new mode called Gun Rush. This mode supports up to 32 players and will feel familiar for those who’ve been playing Fortnite or PUBG. You’ll […]