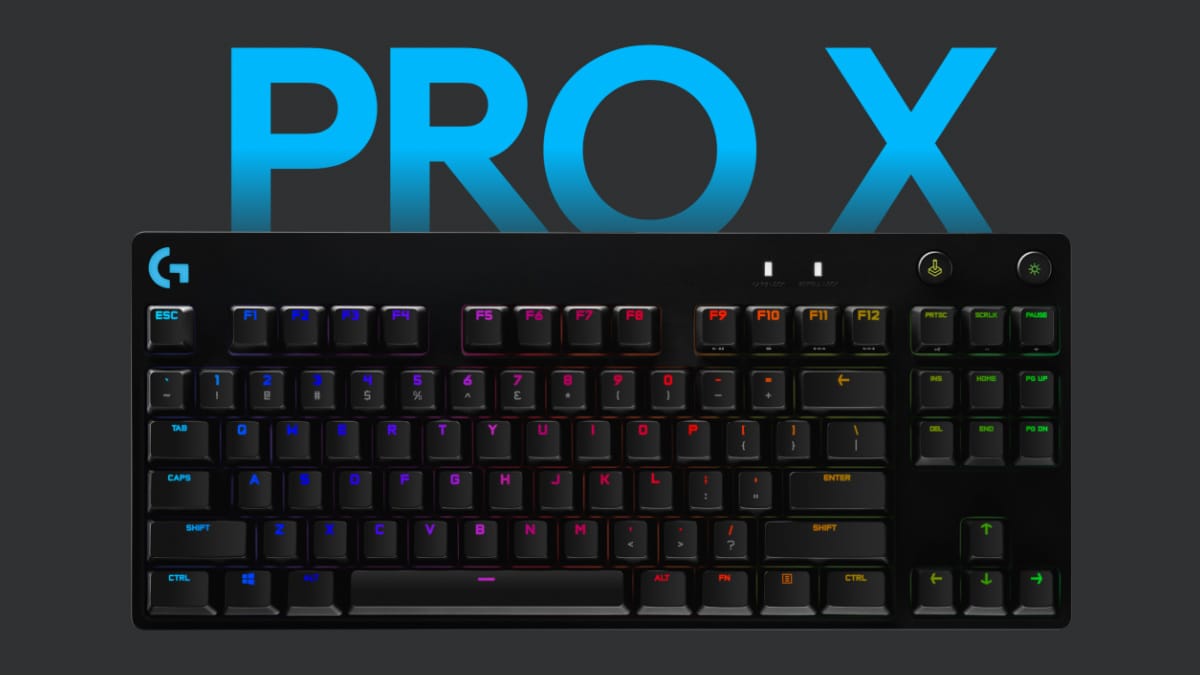 Logitech Pro X keyboard has been priced at $149.99

Logitech has announced the launch of its new Pro X keyboard, which the company says has been built for pros. The main highlight of this keyboard is that it features the ability for easy swapping of its keys. Users have a choice between three types of Logitech G Advanced Mechanical Switches. These switches will be offered in GX Blue Clicky, GX Red Linear, or GX Brown Tactile feedback styles. Now, keyboards featuring swappable keys aren’t new but they mostly serve to a niche audience of keyboard enthusiasts. But with the announcement of the Pro X keyboard, Logitech wants to target the mainstream audience.

The Logitech Pro X keyboard is up for pre-orders in the US and its price has been set at $149.99 (roughly Rs. 10,700). This keyboard features a tenkeyless design, that makes it compact and gives more room for mouse movement. Additionally, the keyboard also features Lightsync RGB, that will let you highlight critical keys and customise lighting and animations with Logitech G HUB software. Moreover, the keyboard can connect to a computer through a detachable micro-USB cable.

A veteran of the world’s two biggest chipmakers is hoping to make affordable custom silicon chips for startup companies by rolling out new software on Monday at the Consumer Electronics Show in Las Vegas. Custom-designed chips power top-tier smartphones from companies such as Apple and Huawei Technologies. But they are costly to design and difficult to make, requiring […]

A US appeals court in New York on Friday weighed arguments over whether Uber customers gave up their right to sue the company when they registered for its popular taxi hailing service. The case could have wider implications for Internet businesses, which often require customers to agree to bring disputes through private arbitration as part […]