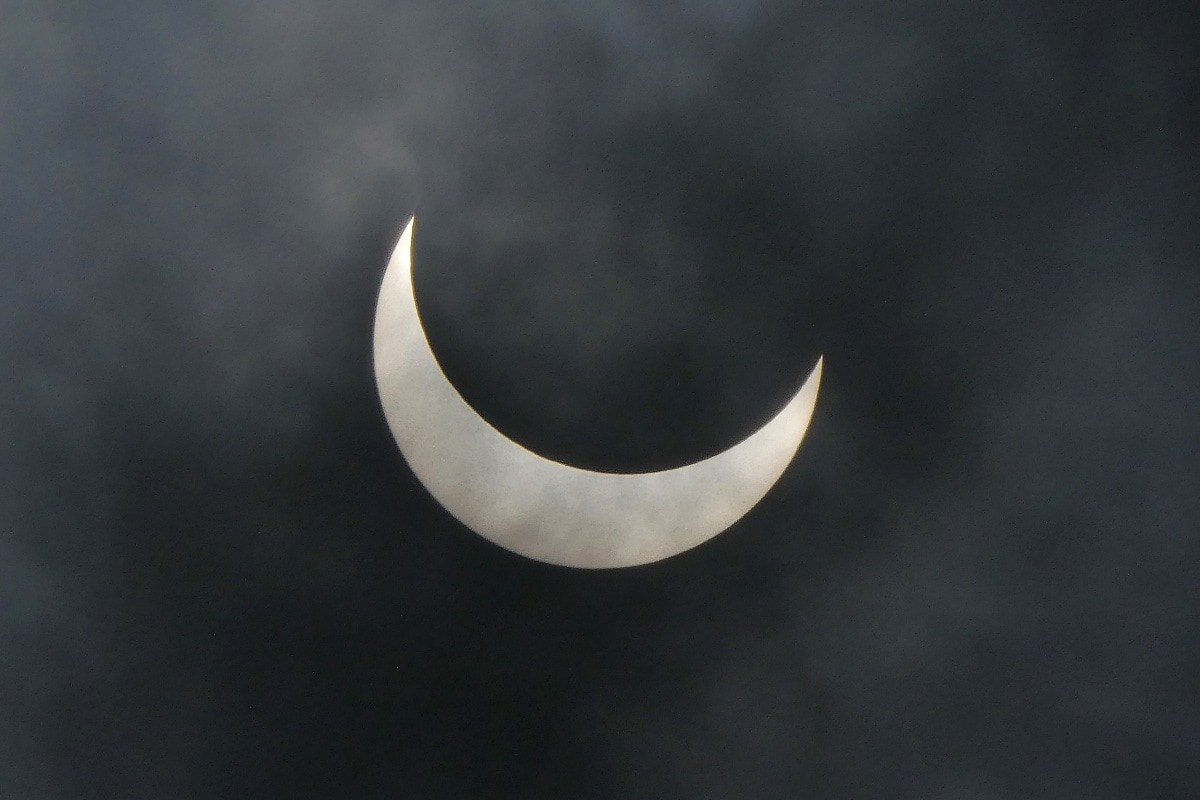 Solar eclipse (also known as Surya Grahan) is gracing the Indian skies today. Instead of a more majestic total eclipse, it is an annular solar eclipse that is appearing as a “ring of fire” in the sky. It began at around 8am IST. The annular solar eclipse will be visible in most of Asia alongside North/ East Africa, and North/ West Australia. A partial eclipse will also be visible in the Asia Pacific and Indian Ocean region. If you don’t want to step out to catch the eclipse or live in a region where it won’t be visible, worry not, some online sources are live streaming the solar eclipse online.

What is an annular solar eclipse?

How to watch solar eclipse 2019 live

If you’re in one of the locations where the solar eclipse 2019 is visible today, you can go out to experience the ring of fire effect with your own eyes. It is important to take eye protection into consideration while watching the eclipse live. Moreover, there are some online sources that are live streaming the solar eclipse 2019 online for those who don’t live in the locations from where the eclipse is visible.

Canary Islands-based Slooh Observatory kicked off the live stream of the solar eclipse 2019 through its YouTube channel. The live stream began at 8:30am IST with feeds from the Middle East and Singapore.

The company’s board members have “fundamental questions that need to be addressed” first Highlights Xerox’s revenue has dropped by about 10 percent since June 2018 HP is currently three times more valuable than Xerox Xerox was founded in 1906 as a company named Haloid HP said Sunday it turned down a $33 billion (roughly Rs. […]

Google smooths Pixel audio issues with latest security patch, but it may limit the volume

If you’re one of the unlucky Pixel owners with audio distortion problems, relief may be on the way. Along with the usual vulnerability plugs, this month’s security patch includes a fix for the widespread issue, and many users have reported that the issue has indeed been cleared up. First brought to light on Reddit and […]

Takeaway.com and Delivery Hero have settled a costly struggle for supremacy in the German food delivery market, with Takeaway agreeing to buy its larger rival’s businesses there for EUR 930 million ($1.1 billion roughly Rs. 7,700 crores). Markets greeted the agreement as a win for both companies. Shares in Dutch-listed Takeaway jumped 23 percent, while Delivery Hero gained […]